Art Not Apart at NFSA 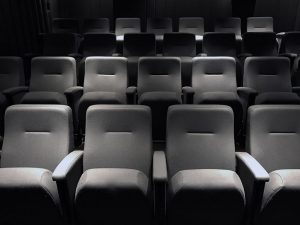 Art, Not Apart has grown like a big old vine and crossed the road into the National Film and Sound Archive. Giving light to the lesser heard and lesser seen with live performances and experimental projection works all day.

An artist’s epic adventure into his family’s secret past. Australian artist and cult filmmaker Philippe Mora investigates his father’s clandestine role in the French Resistance in the Second World War, and his mother’s miraculous escape. A tale woven with rich visual style and an AACTA award-winning score from composer Cezary Skubiszewski, Monsieur Mayonnaise is personal, poignant and incredibly engaging.

Tess Said So performs their new and original live-cinema score to FW Murnau’s 1922 landmark silent vampire film, Nosferatu. Adapted from Bram Stoker’s 1897 novel Dracula, this film started the pop culture concept that sunlight is lethal to vampires – defining every vampire movie which followed. In a modern interpretation, a contemporary soundscape of keyboard, drumkit, percussion and electronics provides atmosphere and vital emotional cues to this gothic silent film masterpiece – a perfect showcase of the interaction betweem live music and moving image. This is one of the most iconic silent movies of the 1920s with a fresh sonic reimagining by Tess Said So performed in the state-of-the-art Arc cinema @ NFSA.

Australian short film Highway is a thrill ride tale that taps into the unsettling. The film is written and directed by Canberra director Vanessa Gazy, produced by Tim Russell and Michael Wark and stars the swiftly-rising Odessa Young. This is a gripping and visceral short that will have you one the edge of your seat from frame one – not to be missed.
Leading lady Young was singled out by critics for her performances in Simon Stone’s The Daughter and Sue Brooks’ Looking for Grace. In Highway she plays troubled teen Hester Black who is hitchhiking on an eerie mountain pass when her radio begins to receive phantom news signals from the future bearing bad news.
Shot in the Snowy Mountains, the short was largely financed through a grant awarded by Screen ACT and is the second collaboration between producers Tim Russell and Michael Wark.

Brett Whiteley talks revealingly about his addiction to drugs and the effect they had on his art. He also talks about his influences and heroes, including Van Gogh. The film includes many examples of his art and him at work, often with confrontational comment from the artist relating to all periods of his career. This work was produced to mark the opening ‘Brett Whiteley – a Major Retrospective’ on 16 September 1995 at the Art Gallery of NSW in Sydney. Produced and directed by Don Featherstone with the assistance of the ABC.

When: Saturday 18 March from 1PM to 7PM
Where: National Film and Sound Archive
ANA FB