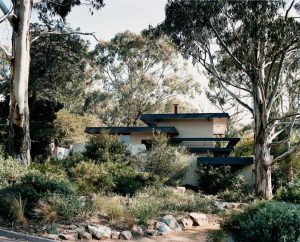 It’s a conversation about freedom and constraints, architectural history, heritage and inheritance, breaking orthodoxies, structure, landscape, context and culture, and the beauty and poetry of the built space.

Enrico and Gianmatteo will discuss three projects comparing each to explore the influence of context.

Now in his 90s, the great Enrico Taglietti has become Canberra’s most enduring modernist architectural voice. He has built almost 30 public and private projects in and around Canberra and has had a profound influence on the way people in this city live and think about architecture.

This is an opportunity to listen in on the usually private exchange between two friends.